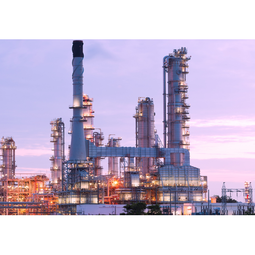 Altiux's client organization is at the forefront of technology adoption in its manufacturing processes and had already implemented advanced control systems. However operating expenses still remained on the higher side due to inefficiencies in certain processes which required manual intervention. The challenge for Altiux was to understand the nature and root causes of these inefficiencies and make recommendations for reducing the operating expenses. Our observation was that data was being generated with a millisecond level resolution and hundreds of simultaneous fluctuations made it near impossible for the operators to make optimal control decisions consistently. As significant investments had already been made in the instrumentation of the operational equipment, the management was hesitant to make modifications to existing systems and processes. Altiux was asked to make recommendations such that it could blend in with existing processes and additional capital expenditure or staff retraining was not required. The Air Cooled Condenser system at the client's captive power plant was operated using a series of VFD fans. The rotational speed of these fans were being manually set from the control centre, based upon the experience of the operator. Moreover the fans were being operated in different speeds, with fans closer to the turbine operating at near full speed. Thus the first phase of Altiux engagement involved optimization of the captive power plant's steam cooling subsystem.