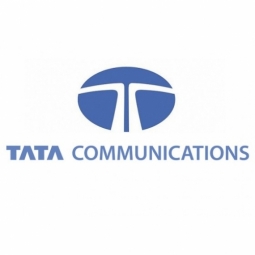 Microsoft needed to find a way to offer its enterprise customers improved network performance while reducing their capital and operational expenditure. With security and predictability as primary issues with public cloud and private cloud being expensive, enterprises need to look for a hybrid solution for their computing and data storage requirements.

Available hybrid clouds are not hybrid in the true sense. There is always a security risk of transferring data over the ‘open internet’ – making enterprises compromise their network integrity. Thus, there was a need for an efficient hybrid cloud that overcomes the limitations of public and private cloud while ensuring security, reliability and performance.

Microsoft Corporation, commonly known as Microsoft, is an American multinational technology corporation that produces computer software, consumer electronics, personal computers, and related services headquartered at the Microsoft Redmond campus located in Redmond, Washington, United States. Its best-known software products are the Windows line of operating systems, the Microsoft Office suite, and the Internet Explorer and Edge web browsers. Its flagship hardware products are the Xbox video game consoles and the Microsoft Surface lineup of touchscreen personal computers. Microsoft ranked No. 21 in the 2020 Fortune 500 rankings of the largest United States corporations by total revenue; it was the world's largest software maker by revenue as of 2016. It is one of the Big Five American information technology companies, alongside Google, Amazon, Apple, and Meta.

The solution to this was combining IZO™ Private Connect that addresses the issues of the public internet with Microsoft Azure™ cloud platform that comes with high levels of scalability, predictability and security. Combining the two led to the secure hybrid cloud solution: Azure ExpressRoute.

IZO™ Private Connect seamlessly connects your enterprise to Microsoft Azure™ and Office 365™  over MPLS through one single provider globally to reduce total network costs and boost performance. Azure™ ExpressRoute enables you to create private connections between Azure data centres and infrastructure that’s on your premises or in a colocation environment. ExpressRoute connections do not go over the public Internet, and offer more reliability, faster speeds, lower latencies and higher security than typical connections over the Internet.

This powerful partnership can benefit any enterprise seeking to make its IT infrastructure more flexible and agile including:

Cloud service providers who want to open up private access as a standard offering via TATA Communications MPLS network.