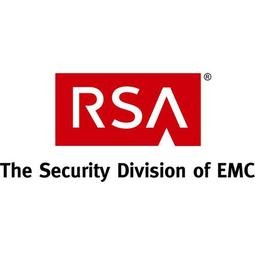 RSA Security LLC, formerly RSA Security, Inc. and doing business as RSA, is an American computer and Network Security company. RSA was named after the initials of its co-founders, Ron Rivest, Adi Shamir and Len Adleman, after whom the RSA public key Cryptography algorithm was also named. Among its products include the RSA BSAFE Cryptography libraries and the SecurID Authentication token. RSA is known for allegedly incorporating backdoors developed by the NSA in its products. It also organizes the annual RSA Conference, an information security conference. Founded as an independent company in 1982, RSA Security, Inc. was acquired by EMC Corporation in 2006 for US$2.1 billion and operates as a division within EMC. RSA is based in Bedford, Massachusetts, with regional headquarters in Bracknell (UK) and Singapore, and numerous international offices. Year founded: 1982 Stock ticker: RSA